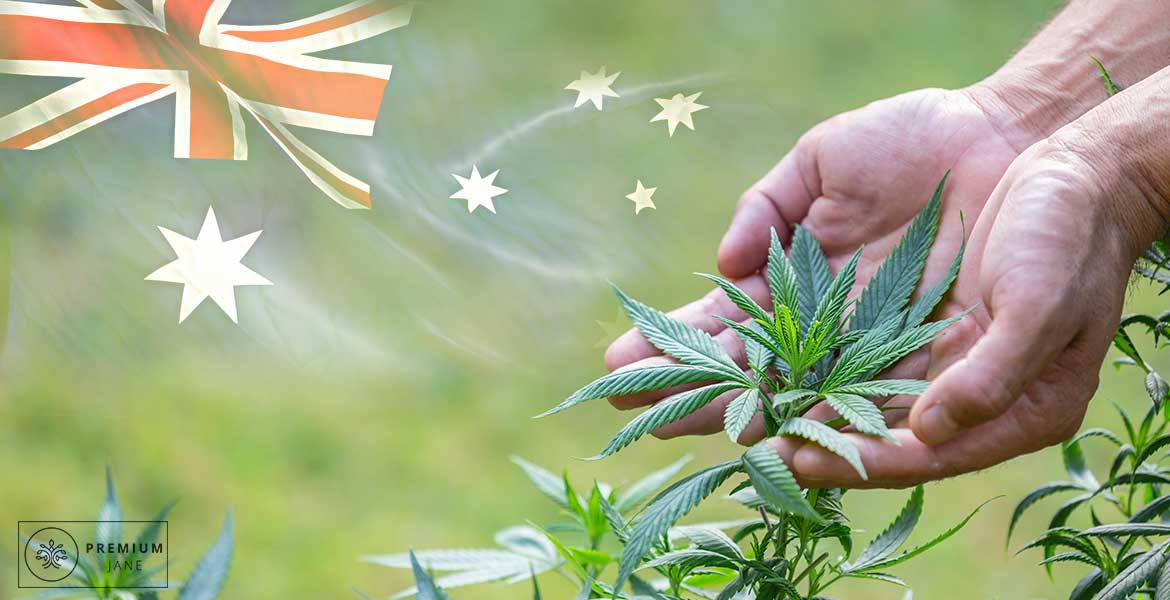 Australia’s hemp industry is flourishing, with farmers, consumers, and retailers all chasing its potential. From fibre and food to building materials and oils, you will soon see hemp in more aspects of your life than ever before. In 2017, Australia approved the legislation of hemp-based foods for human consumption, and since then, hemp farming Australia has become a hot topic.

This legislation was regarded as a landmark decision for the emerging industry. Australia was one of the last countries in the western world to remove a classification that prohibited all hemp and hemp-related species from being added to food, overturning a ban dating back to 1937. Now, the possibilities for the hemp industry are endless.

Industrial hemp with a low level of the compound THC can be grown in Australia under a state government’s licence. According to legislation, the THC limit is 0.35% in Western Australia, Victoria,Tasmania, and no more than 1% in Queensland, New South Wales, and South Australia.

Hemp farming is subject to strict monitoring protocols in an attempt to deter medicinal and recreational growing and to safeguard the public.

Farms applying for a hemp Australia state licence to grow hemp must have the growing location approved by the state government. Moreover, growers need to agree to regular inspections and monitoring by state government inspectors. The Australia Border Force conducts regular testing on hemp shipments coming into the country to ensure no illegal substances are imported inadvertently.

Despite the progress that’s been made on the hemp farm Australia spectrum, the industry still faces a number of challenges. Compared to crops like wheat and cotton, there has been very little industry support for the research and marketing of hemp.

Australian Hemp Farm: Where and How Is Hemp Grown?

Hemp is now grown in every state of the country as an irrigated crop. It grows best in mild, tropical, and subtropical climates, in temperatures between 15-27°C. The crop is primarily grown in the summer months.

According to Agrifutures Australia, hemp can be grown in a wide variety of soil types but does best in fertile, neutral to slightly alkaline, well-drained clay loam or silt loam soils. Due to the quick growth rates of the hemp crop, good moisture and nutrient holding capacity are important.

Hemp is extremely sensitive to wet, waterlogged, and flooded soil, so poorly drained soil should be avoided. The crop is also very sensitive to soil compaction.

Harvesting of hemp for fibre takes place as soon as the last pollen is shed but before seed sets. This is usually about 70 -90 days after planting.

Harvesting for seed takes place 4 – 6 weeks after fibre harvest when between 60 – 70% of the seed has ripened. Usually, harvesting begins as soon as there are hints that birds are stripping seeds off the plant.

Hemp can be sown between October and April at any time the soil is not saturated. For hemp that is grown for fibre, it’s important to maximise plant production, and these crops should be sown as early as possible. Hemp grown for seed, on the other hand, is best sown later to minimise stalk height.

Plant density is important, as it influences the fibre content and proportion of stem in the crop – these are key components of productivity for fibre crops.

Industrial Hemp Farming: Why Does It Do So Well in Australia?

Industrial hemp is harvested for either seed or fibre, but generally not both. In Australia, hemp has historically been grown for industrial use and clothing due to the strong fibre that can be harvested from its stem.

However, for food production, it’s the seed that is gold. This is shelled and either straight up eaten or made into a hemp powder or hemp oil. Today, there is an increasing range of hemp products on Australian shelves including; protein powder, milk, snack bars, oils, beer, gin, and more.

To be considered a food ingredient, hemp seed must contain less than 0.5% of the intoxicating compound THC and is referred to as low-THC hemp. Industrial hemp naturally contains low levels of this compound, but growing industrial hemp in Australia still requires regular monitoring.

Industrial hemp requires only a small amount of the water required for traditional crops. It is also resistant to pests and grows in tight formations, which means it outgrows potential weeds too. Featuring a deep root system, hemp thrives at drawing nutrients from deep underground, thereby improving the fertility of the soil for rotational crops planted once the hemp season is over.

It’s a crop that excels in barren environments, making it the ideal match for the Australian environment.

With a growing demand internationally for natural fibres that do not contain many chemicals, industrial hemp could become a significant industry for Australian growers.

However, much like the United States, processing hemp in Australia has been hampered to some extent by discrepancies between state and federal regulations. The approach of policymakers and public opinion has not been wholly sympathetic to the industry due to its perceived association with cannabis.

Awareness on the part of both potential consumers and political entities of the benefits of hemp, whether as a cosmetic product, foodstuff, or as a manufacturing substance, remains low. Farmers have found that the lack of support, which is linked to a lack of education in hemp production, extends to law enforcement bodies.

Research and development into the production of hemp are similarly hindered by the fluctuating legal status of the plant. In addition to a lack of cohesive funding support for research undertakings, scientists can encounter difficulty actually sourcing hemp materials for trials and evidence gathering within Australia.

Additionally, the accelerating expansion of Australia’s hemp industry also puts increasing pressure on the country’s limited water resources. While hemp has been commended for its comparative sustainability, and although it remains substantially more water-efficient than, for instance, cotton, large scale cultivation facilities require between three and six megalitres of water per hectare for irrigation.

Nevertheless, the potential of the Australian hemp industry is promising. Thanks to the legalisation of hemp-based food products in 2017, the production, manufacturing, and sales of hemp products have been steadily on the rise ever since.