Skip to content
PREMIUMJANE / Blog / Hemp Oil vs. Fish Oil: What Is the Difference? 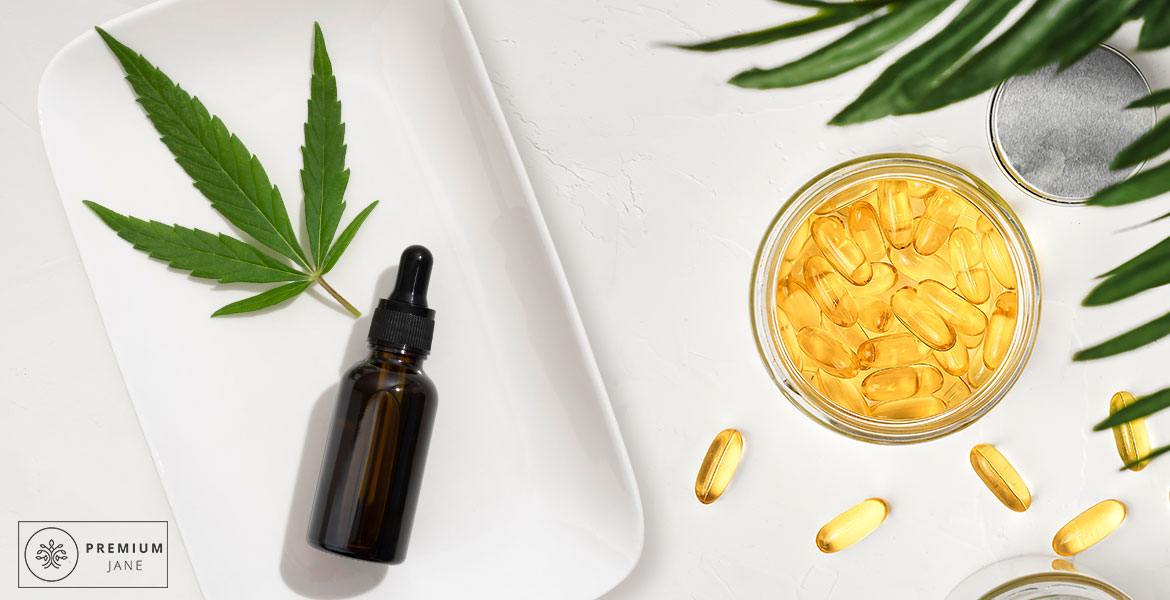 Hemp seed oil is a relatively new entry to the health and wellness market, but it is a strong contender in the popularity contest. It is similar to fish oil in that it is packed with healthy vitamins and minerals, leaving consumers wondering which option they should try out.

In the hemp seed oil vs. fish oil debate, there is no clear winner – it’s a very close race. Both oils contain omega 3 and omega 6, which the human body needs but cannot produce on its own. As a result, we must obtain omegas from our diet. Oily fish is one fantastic way to get these essential nutrients, but hemp is an often overlooked alternative.

In this guide, we cover the basics to educate readers on the best option.

The fundamental difference between hemp oil and fish oil is where they come from. Fish oil, quite obviously, comes from fish. Specifically, it is taken from oily fish such as herring, tuna, mackerel, and anchovies.

The World Health Organization (WHO) recommends consuming at least 1-2 portions of fish per week, and this is down to the benefits of fish oil. Fish oil is packed with omega-3 fatty acids, which have numerous benefits on human health, including heart and brain function. Some research even suggests that omega-3 supplements can improve the symptoms of some mental disorders such as schizophrenia and bipolar disorder.

Meanwhile, hemp seed oil originates from the edible seeds of the hemp plant. Manufacturers harvest the seeds and cold press them to extract the oil. While fish oil tastes fishy, hemp oil has an earthy, bitter taste.

The most obvious difference between hemp seed oil and fish oil supplements is that the former tend to be vegetarian-friendly. Fish oil, however, comes from animal sources and is not suitable for vegetarians or vegans.

The two can be utilized in similar ways, but they may have slightly different uses depending on the compounds they contain. The sections below explore this in more detail.

Hemp seed oil contains a variety of beneficial compounds. Most pertinently, it contains a high quantity of omega-3 and omega-6 fatty acids. These compounds have numerous purported benefits, including the following:

These are just a few potential skincare-based benefits of these compounds. Hemp oil is also rich in gamma linolenic acid (GLA), a type of mega-6. GLA can help to create PGE1, a hormone that contributes to emotional and physical symptoms of PMS.

As a result, a few studies have suggested that hemp oil can assist with the physical and emotional symptoms associated with PMS and menopause.

Notably, hemp oil contains omega-6 and omega-3 acids in the perfect ratio of 3:1. It is tricky to find this ratio elsewhere, making hemp oil a potential powerhouse in terms of dietary omega compounds.

Fish oil also contains plenty of omega-3 fatty acids, which is why oily fish are recommended as part of a healthy diet. Two forms of omega-3 found in fish oil are docosahexaenoic acid (DHA) and eicosapentaenoic acid (EPA). This is alongside alpha-linolenic acid (ALA), another essential nutrient.

EPA could be ideal for those suffering from depression and mental health disorders. It has been found in research that individuals with major depression may have reduced levels of omega-3s. Compared to DHA, oils rich in EPA may reduce depressive symptoms.

The high quantity of omega-3s in fish oil is what makes it so ideal as a supplement. Some research has suggested that the Western diet is lacking in sufficient quantities of omega-3s, having replaced it with omega-6s and other nutrients.

When shopping for fish oils, always seek a product that has high levels of DHA and EPA; this should be stated on the label.

It’s difficult to say whether one type of oil is definitively better than another. Since both contain varying levels of omega fatty acids and therefore have slightly different benefits, it is up to the individual to decide what they want out of a supplement.

Using hemp seed oil could have more all-around benefits, though. This is partly due to the optimum ratio of omega fatty acids that it contains. Furthermore, hemp seed oil contains other vitamins and minerals and less saturated fats.

From an environmental standpoint, hempseed oil is also more ethical. Coming from a plant-based source, hemp oil is vegan-friendly. Hemp is also a relatively sustainable crop that does not require excessive amounts of water to grow, and it can thrive without fertilisers and pesticides.

As a result, many health-conscious consumers are now turning to hemp oil. Not only does it have similar effects to fish oil but it may provide additional benefits because it can be both ingested and applied to the skin. It’s also more environmentally friendly, and research indicates that it contains a better ratio of fatty acids.

Hemp oil and fish oil both serve their purpose in the wellness industry. Both are excellent sources of omega fatty acids, which may be lacking in the Western diet. With the rise of plant-based diets and veganism, hemp oil is becoming an increasingly popular option.

It may be a long while before hemp oil uproots fish oil as the king of capsules, but for now, it’s great that consumers have the option of either. That said, due to the influx of research on hemp and its potential health benefits, its overtake could be on the horizon.

If you are looking to move away from fish oils and try out high-quality hemp oil, check out the full range here at Premium Jane Australia before you leave our site.