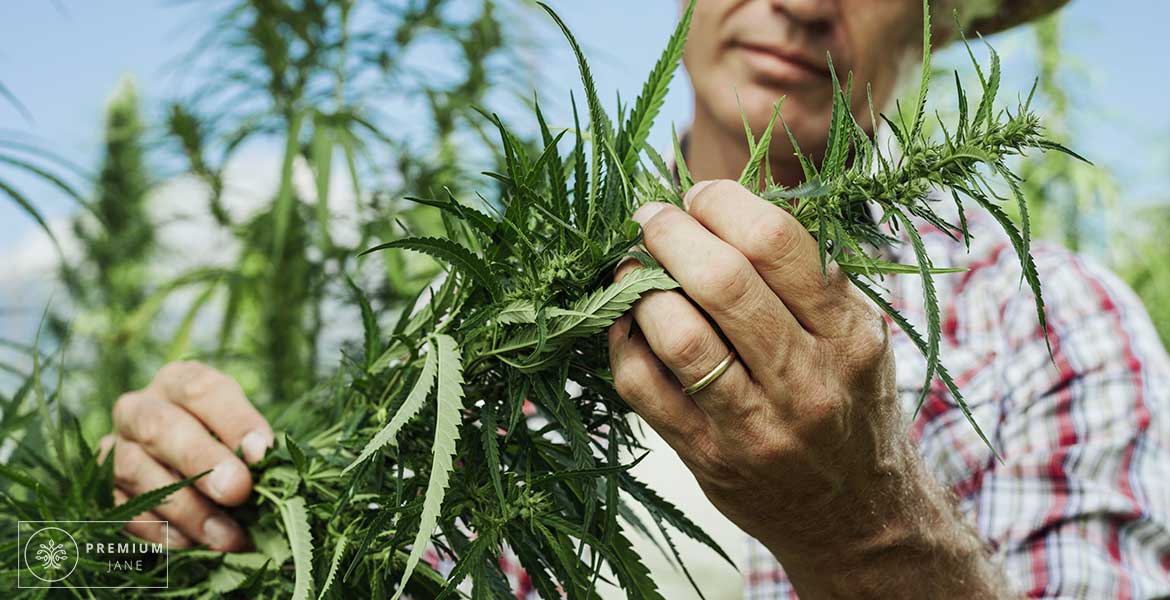 Hemp has become a popular ingredient in various supplements. It is a common ingredient in multiple household goods as a result, whether it is the seeds, fibres, or phyto-elements in use.

As it turns out, this recent trend could spell excellent news for the environment. There are numerous benefits of growing hemp, especially when contrasted with other plants that are commonly used, such as cotton.

This guide covers some of the best environmental benefits of hemp. Keep reading to learn more about the advantages hemp could hold for the future of our planet.

Hemp has incredible potential as the environmental crop of the future. The ecological benefits of hemp are far-reaching, ranging from water conservation to air purification and more.

One of the most significant benefits is that the whole plant can be used, minimising waste. Agricultural crops can result in a lot of waste, including field residue (materials left behind after harvesting) and process residues, materials left after the crop is processed. The latter includes seeds, husks, roots, and more.

Hemp is a highly usable plant, as will become apparent below. The flowers can be used for supplements alongside the leaves. The fibrous stalks can be used in textiles and bioplastics, while the seeds make excellent food sources. What’s more, these plant parts often have multiple applications. The stalks, for example, can be used in clothing or animal bedding, and the seeds can be used for animal fodder or to make hemp seed oil.

There are so many uses for this remarkable plant; growing it could provide a solution to numerous environmental problems. The sections below explore some of these uses in more detail.

The environmental benefit from hemp could be extensive. From its use as a biofuel to its role in the creation of eco-friendly concrete and more, hemp is a beneficial crop. Let’s check out some of the exciting uses of hemp below.

Naturally Resistant to Disease and Pests

Some research has shown that the incidence of disease among hemp plants has increased in correlation with a growing number of hemp farms. While hemp plants might not be 100% resistant to disease and pests, they still seem to be a very hardy species.

Hemp is a relatively hardy plant, which means it tends to be easy to cultivate, and it can thrive in most climates. The result is that fewer hemp pesticides and chemical growth enhancers are used. In turn, this benefits the environment because it means farmers don’t need to spray the natural landscape with chemicals, eliminating the risk of run-off into waterways, too.

Hemp is often said to be immune to drought and able to grow without much water. Technically, this isn’t as true as many proponents claim. Depending on where hemp is grown, it may require irrigation systems to produce healthy plants.

A research project from Purdue University found that most strains of hemp require 20-30 inches of rain per year – at least, this is the case in the American Midwest. Other reports say that hemp needs much less. Right now, the sparse research on hemp means it’s difficult to say.

Admittedly, hemp requires more water than grain crops, which means it should not be considered an environmentally friendly alternative to grains like wheat. However, compare water requirements for hemp and cotton, and it seems that it could benefit the textile industry.

While hemp’s water usage isn’t perfect, it is almost certainly a better alternative to cotton. What’s more, the textile that is produced is stronger, more durable, and gets softer the more it is worn. Hemp will likely become a sustainable clothing alternative in the future.

Some hemp parts can be made into biofuel, a type of fuel made from plants. The fibre, leaves, and other aerial parts can all be used in hemp biofuel. Researchers from the University of Connecticut found that hempseeds could offer a sustainable alternative to diesel.

In the study, 97% of hemp oil was converted to biofuel. This is considered a highly efficient conversion.

Other research has indicated that hemp has a biofuel-producing potential matching that of other bioenergy crops. However, hemp may produce a higher yield per hectare, which makes it a potential leader in the biofuel industry.

That said, biofuels, in general, are not really comparative to the fuels we use currently. Cost is the main deterrent for manufacturers, who have to perform several steps in the conversion process.

Given the devastating effects of climate change and the poor impact of fossil fuels, there may need to be a shift toward biofuels sooner rather than later. The only obstacle in the way is investment.

Another use for hemp is in the paper industry. It’s a common misconception that the United States Declaration of Independence was written on hemp paper. While this isn’t true, it is the case that the draft was scribed on hemp paper.

Hemp-based paper used to be common, but the timber industry co-fought for the ban, which led to subsequent prohibition worldwide. Their stake in it, of course, was that trees are also used to make paper. No hemp means more cash for tree companies.

However, hemp paper is making a comeback, and it’s a much more sustainable option. Hemp grows much faster than trees, meaning more paper can be made in a shorter time frame. Hemp pulp is also naturally brighter, which means the resulting paper does not require bleaching – this cuts out the harmful toxins used in tree paper production.

Switching out hemp paper ­– which is also recyclable up to eight times, compared to just three times for trees – can help to decrease deforestation.

Hemp building materials have been around for decades now, including the rather impressive material hempcrete. This concrete alternative is produced by mixing hemp herb with lime and water.

It’s lighter than concrete, which can reduce the emissions associated with transporting building materials. It also has a better insulation rating than concrete, offering an R-value of 2.4 – 4.8 per inch, compared to 0.1-0.2 for concrete.

Hempcrete is also breathable, allowing moisture to evaporate. This means that mold is less likely to form.

In terms of strength, hemp doesn’t quite match up. Its compressive strength is just 1/20 that of concrete. As a result, it cannot be used as a foundational material or to create load-bearing walls. However, hempcrete has been used since the 1990s in France to construct non-weight bearing infill walls.

While it’s unlikely that we’ll ever see houses built entirely out of hemp, partially-hemp buildings could be a thing of the future.

Brings Soil Back to Life

Hemp is highly nutritious – not just for humans but also for the environment. Hemp plants revitalise the soil in which they grow, nourishing it in a process called phytoremediation. As a bioaccumulator, hemp can suck up toxins from the earth, which is why it has recently been employed to clean up the soil surrounding Chernobyl.

Furthermore, it has an extensive root system, with roots that can grow up to nine feet deep. These roots strengthen the soil and prevent erosion, which means more crops can be grown in the long run.

Compared to many other crops, this makes hemp a sustainable choice because it can be grown time and time again with little land use.

Plastic pollution is an incredibly complicated problem that the greatest minds are attempting to solve. Regular plastic not only pollutes because it is made using fossil fuels, but it also doesn’t biodegrade. It threatens ecosystems for years to come. Single-use plastic, in particular, is a vast and growing problem.

Bioplastic alternatives, such as hemp plastics, are necessary to combat this problem. The cellulose obtained from hemp plants can be turned into a range of plastics. Since the plant is 65-70% cellulose, plenty can be obtained from a healthy hemp crop.

We have known about hemp plastics for decades, but they are not yet common. Early in the 20th century, Henry Ford built a prototype car using various materials, including hemp fibre. Sadly, it never took off.

It’s rare to find 100% hemp plastic. However, composite materials are increasingly common, and some companies are already using them in various objects. Since these plastics are made at least partially from plant-based materials, they are more biodegradable than traditional plastics. In the future, this could help to tackle the problem of plastic pollution.

Summary on Hemp and Sustainability

Hemp, it seems, is a highly sustainable and eco-friendly crop. It offers a variety of uses and alternatives to polluting and toxic materials.

This is not to say that hemp is a complete solution to all the world’s climate problems. It still requires land use, water irrigation, transportation, and manufacturing. However, switching out some common materials for hemp-based ones – or even composites – could be a step in the right direction for the planet.